The Best Financial Planners In Cairns

The Best Financial Planners In Cairns

Let us find the Best Financial Planner for your Needs and Situation.

We have listed the 10 best Cairns Financial Planners. 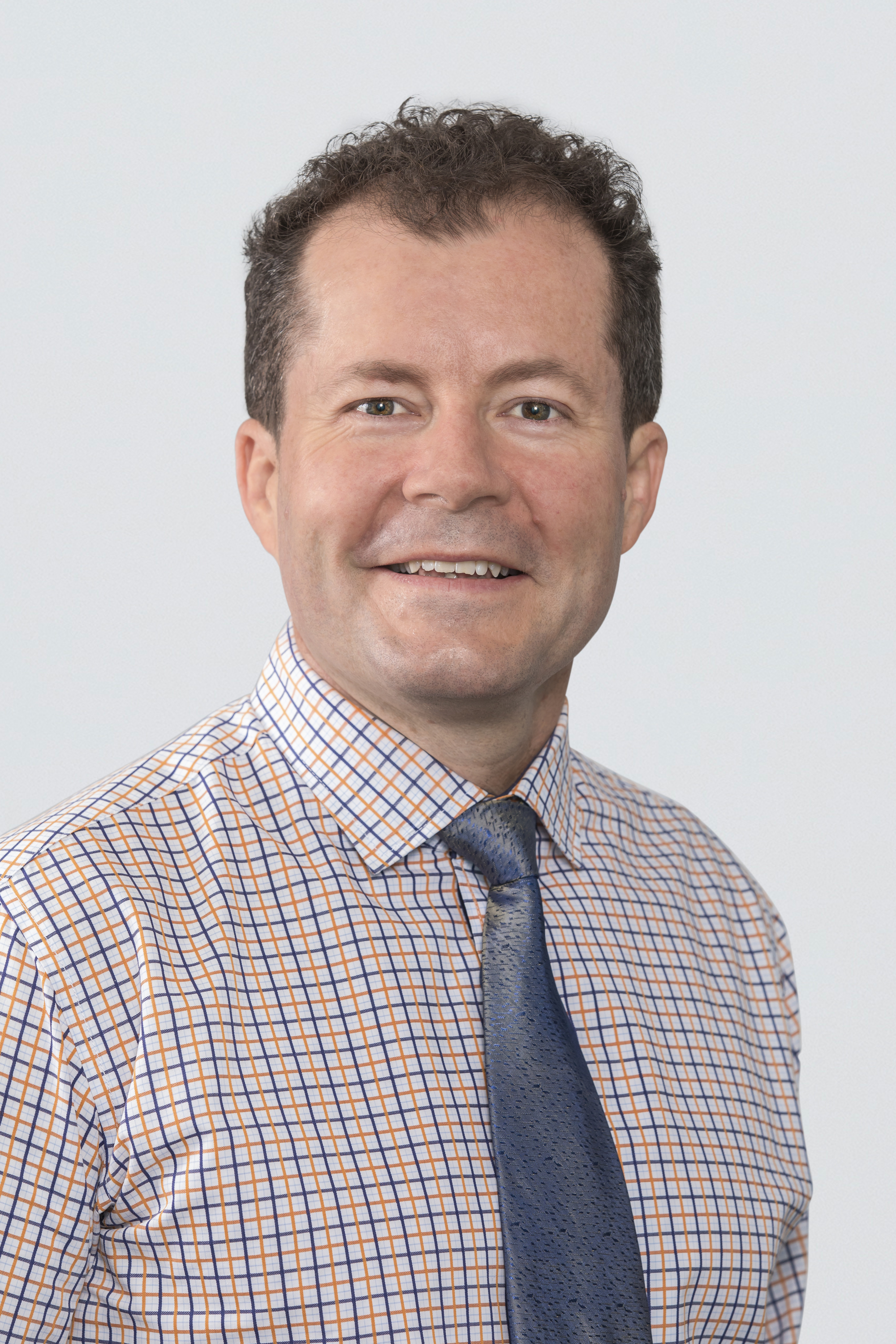 Brent is a Cairns local who has a strong belief in family, community and true financial planning. He has a wealth of experience, having spent over 20 years in the Financial Services Industry and been a Financial Adviser since 1996. Brent spent 11 years as a Financial Adviser with the Westpac Bank and moved into private practice with Magnitude in 2007. Brent made the move from Ingham to Cairns in 2000 after completing a Bachelor of Management through James Cook University, Townsville. With over 14 years’ experience in the Financial Services Industry, including 6 years providing direct equities advice in a stockbroking role, Brent has a breadth of knowledge to help his clients make the right financial choices suitable to their circumstances.

He specialises in investments, wealth management, direct equities, superannuation, Self-Managed Super Funds, wealth protection, personal insurance and retirement planning and aged care advice. In addition to his degree, Brent has completed an Advanced Diploma of Financial Services and is an ASX accredited equities and derivatives adviser. He is also an SMSF accredited adviser and holds the Certified Financial Planner® designation with the Financial Planning Association. More recently, Brent has also become an accredited Aged Care Professional™ in order to assist clients and their families, with the often stressful financial decisions required around transitioning into Aged Care.

I have 10 years’ experience as a Financial Planner, having moved to Cairns from outback Queensland (Mount Isa), and joined the Astute family in February 2018. I grew up in Gladstone and started an admin traineeship with a Suncorp General Insurance Agent straight after leaving school. My partner and I moved to Mount Isa where we called home for next 13 years. I worked for a Financial Planning Firm where I completed my Advanced Diploma of Financial Planning. Here I found my passion for helping clients achieve their financial goals, protect their most important assets (their family), but also build strong trusting relationships to enable me to be there for my clients through the tough times when claims need to be made to ensure this time is as stress-free as possible. As many have done before me, a short holiday to Cairns lead to a love affair with the region. The majestic rainforest surroundings and reef, stole my heart and it wasn’t long before I trekked across the state to start the new chapter of my life with my family. I have 10 years’ experience as a Financial Planner and am with you every step of the way throughout your lifetime. I take the time to listen to your needs and objectives and find solutions that you not only understand, but are comfortable with. I invite you to give our office a ring to see how I can assist you in the planning and protection of your financial future.

For the last 20 years, I have managed a property portfolio and invested in small business enterprises. Now, a great day at work is when I can use this knowledge to help my clients whether their enquiry relates to business structuring, finance, property investment, insurance, superannuation or any other financial needs.

Having been an active sportsman and adventurer, my travels have taken me to over 80 countries. These travels reinforce what an exceptional place I was born and raised in. Far North Queensland is a truly unique place. When I have downtime, you’ll probably see me having a game of golf on the course nearby. Through Yellow Brick Road, I can provide a comprehensive range of financial products to clients in one convenient location, which will save you both time and money. I seek to provide all of our clients with advice and solutions that enable them to live a life of balance and security, whilst building wealth safely for their retirement.

We are a boutique financial planning business that specializes in helping you become financially independent sooner. Our services include advice, implementation and ongoing management of all your financial needs.

We are very fortunate in this great country “The Lucky Country” to have so many opportunities.

My journey of a 1000 miles and financial independence began with a single step on my 25th birthday.

Twenty plus years later and 20,000+ hours of studies, certification & professional experience  to this day, I still continue to learn new things, invest in new opportunities and also help others along their journey too.

I’ve learnt that simply earning more money is not the only ingredient required to become wealthy. True financial independence requires the blend of simplification, organisation, implementation, perspiration and being held accountable every step along the way.

Action ultimately the DNA of one’s success. “An inch of action will always deliver you more results than endless miles of intentions”

My mission is simple. “Help you to achieve your financial goals sooner.”  It is this combination, of your action and our delivering a tailored and effective advice solution, built on flexibility and value that makes “your goals being achieved sooner’ a reality.

In 2005 I was appointed Managing Director of FMW Financial Planning and grew the business to become recognised 2007, 2008 and 2010 as the National Advisory Practice of the Year.

In 2014 we expanded our offices and services, support and advice to include Cairns beginning a new partnership with Infocus Money Management.

Today my time is invested helping and supporting clients along the entire eastern seaboard of Australia. With offices in Cairns, Brisbane, Gold Coast, Sydney and Melbourne.

Rita is a Cairns local. Born here, she attended St Monica’s College before heading to Brisbane to complete her tertiary education at the University of Queensland. Family connections saw her return to Cairns, where she was employed with several leading accounting and financial planning firms, before deciding to start her own business.

Rita Zappulla started SMSF Strategic Advisors in late 2014. Rita is excited to have her own business and looks forward to continuing to provide expert financial advice and services, to business and individual clients in her own capacity.

Rita Zappulla is a Certified Financial Planner, Registered Tax Agent and Fellow of the Institute of Chartered Accountants Australia.

Fiducia’s principal Danny Maher CFP DipFP has over 20 years in financial services and is a fourth generation local to Far North Queensland.

Danny is a CFP and a practitioner member of the Financial Planning Association (FPA), Australia’s peak professional association for financial advisers.

Danny has served on various national FPA committees, as well as the local Cairns Chapter and has filled the role as Chapter Chair over the last ten years.
Danny is recognised as a leading practitioner, not just locally but nationally and has spoken at conferences locally and nationally both for the FPA and also for various dealer groups and licencees.

Danny’s passion is for sport and spending time with his wife Fiona and his two sons, Lachlan and Ryan.

Jason has had extensive experience providing all aspects of financial advice to clients throughout Queensland.

Debbie started with ipac in 1994 and has 15 years experience in the financial services industry and re-joined ipac after extended family leave from 2004 to 2011. She helps clients navigate the complexity of legislation and implement financial strategies that will work towards reaching a client’s lifestyle goals, with a special interest in the retirement sector assisting with Centrelink and Aged Care.

Debbie finds the most rewarding part of the position to be when her clients reach their goals, especially retirement. Over the years she has seen her clients raise their children and retire and has been able to share with clients the journey that is financial planning. She find’s great enjoyment in sharing this experience with clients and seeing the joy on a client’s face when they get to call it a day and retire and then the pleasure they get from spending their hard earned dollars.

Debbie’s goal is to support her clients in any decision they may need to make in life and act as a sounding board and the voice of reason through their journey.

Joel has been helping clients with their finances since 2008 and enjoys ensuring that his clients are making the most of what they have. Joel has extensive experience assisting clients of all ages and backgrounds to develop simple solutions to reach their financial and lifestyle goals.

Joel has particular interests in:

educating the younger generation about the pitfalls and opportunities of starting their working lives;
understanding the psychological and behavioural aspects of financial decisions; and
estate planning encompassing more than just a Will.
Joel moved back to Cairns in 2011 to enjoy the tropical lifestyle and provide his family with opportunities that only a regional centre can.

Most people seek the services of a mechanic to ensure that their car runs reliably or plan their wedding because they want a positive outcome. Many people use a tax agent for their tax returns because they don’t understand the system. The same logic applies to financial advice – it provides a reliable and positive financial outcome in a complex world.

Joel’s goal is to have fun, keep it simple, enjoy the company of my colleagues and clients while making a difference.

Graham Koch possesses more than 40 years experience in the industry and is called upon by many of his competitors in fact for advice on complicated insurance and financial structures.

Having worked for such big names such as Westpac, Suncorp, AXA and MLC, he comes with a wealth of knowledge and behind the scenes experience that is unrivalled in our region.

Graham holds an Advanced Diploma in Financial Services (Financial Planning) and has clients in the areas of Accounting, Law, Medicine and Commerce as well as many charitable and community organisations. He is a member of the Association of Financial Advisers (AFA) and is a Commissioner for Declarations with the Queensland Government’s Department of Justice and Attorney-General.

He is the Chairman of the Dr. Edward Koch Foundation Ltd., a non-profit organisation supporting public health in North Queensland. The Foundation is closely associated with Queensland Health’s Tropical Public Health Unit and the University of Queensland’s Department of Social and Preventative Medicine. The Dr Edward Koch Foundation was formed to honour Dr Edward Koch, who was the medical director of the Cairns Hospital in the late 1880s. Dr Koch also happens to be Graham’s late great grandfather so he is honoured to carry on the family legacy and contribute to life changing programs in our region.

Graham also serves the community through his involvement in Rotary International. He was District Governor in 2011-12 for District 9550, covering Northern Australia and East Timor.

Let Us Help Connect you with the Best Financial Planner for your needs.